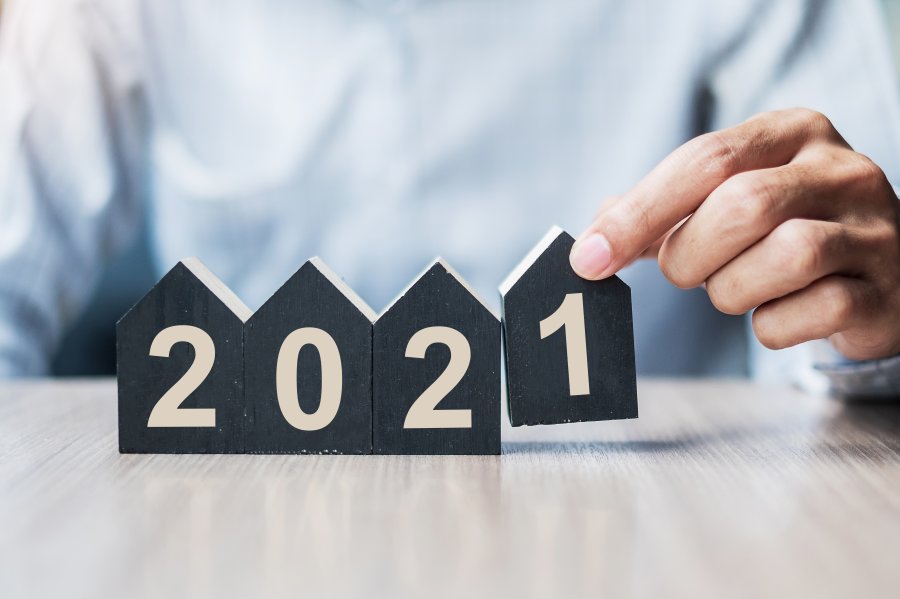 Despite the many challenges posed by Covid-19, including a more than two-month shutdown during the spring, the property market has been at its strongest for many a year.

There were big concerns, when the pandemic first hit and the first nationwide lockdown was introduced, that Covid-19 could lead to a housing crash of the like seen in 2008-9, in the aftermath of the global financial crisis, when millions were pushed into negative equity and house prices fell off a cliff very rapidly.

The reality has been quite the opposite. The fact that the property market was allowed to reopen in mid-May – one of the first sectors to do so, largely thanks to its multiplier effect on the economy – has helped enormously, as has the fact that the market has remained open ever since, even in the face of further lockdowns and tightening restrictions.

Equally, the strong existing fundamentals of the market pre-pandemic – the early months of 2020, after all, were being hailed as the Boris bounce as the clarity of the election result and the position on Brexit gave the sector the boost it had long been waiting for – and positive conditions for buyers and sellers have helped to keep demand and activity high.

This has further been fuelled by the stamp duty holiday announced in July, which has helped to sustain record high levels of transactions.

Sales agreed go through the roof

Zoopla’s latest House Price Index recently revealed that there will be an additional £62 billion worth of sales agreed in the 2020 housing market against last year’s figures. This equates to an estimated run rate of £300 billion of sales for 2020.

The portal said the drastic increase in sales agreed in 2020 had been triggered by a change in lifestyle aspirations driven by Covid-19. This was alongside the stamp duty holiday, which the portal says has also helped to keep sales very high, although to a lesser extent than the change in priorities from many buyers and sellers.

The Index showed that national house price growth is currently running at a three-year high of 3.9%. This is the highest rate since August 2017 and much higher than the 1.3% recorded 12 months ago.

Strong national house price growth is being supported by the large rise in demand, with sellers having many more buyers to target their home towards, and many more cards to play when it comes to negotiating on asking prices.

Throughout the last year, Zoopla has recorded 40% more demand for housing than in 2019, even in spite of activity shutting down completely for more than two months in England when the housing market was frozen during the first lockdown.

The huge growth in demand has not, however, been matched by increased supply – with the flow of new stock only increasing by 4%. This has created an inevitable supply/demand imbalance and led to upwards pressure on house prices across the country.

Meanwhile, more activity at higher price points – helped by the stamp duty holiday making expensive homes more appealing – has meant the value of homes selling is 26% higher than in 2019.

It is the South East and Eastern England where the greatest increase in sales agreed has been concentrated, up more than 20% on last year, while on a national level sales agreed are up 9%.

The housing market is ending 2020 as it began – strongly - with more buyers looking for a home than this time last year, according to Richard Donnell, director of Research & Insight at Zoopla.

“More sales at higher prices have boosted the value of homes selling in 2020, led by a strong rebound in southern England,” he added.

Looking ahead to 2021, Zoopla expects house price growth to reach 5% by the middle of Q1 before slowing to +1% by the end of the year as demand starts to weaken over the second half of the year.

It says the number of completed housing transactions will be buoyed by a strong Q1 with sales agreed over 2020 Q4 completing early next year.

“Overall, we expect the number of completed housing transactions to match 2020 levels at 1.1 million,” Donnell said.

One of the biggest consequences of the pandemic has been an increased desire for space from homebuyers. People have spent more time than ever at home, and those living in smaller, cramped abodes will have noticed and, in many cases, are now seeking roomier properties as a result of their experiences in lockdown.

This desire for extra space has inevitably manifested itself in a greater demand for homes over flats. The average rate of price growth for houses is running at double the rate of growth for flats, with the average UK house registering an annual rise in prices of 4.3% while flats have registered less than half this rate (1.8%) in 2020.

The pandemic has caused many households across the UK to reassess their living arrangements, their life goals and their lifestyles, and as a result the demand for family homes with gardens, parking and extra space to work remotely has soared.

While transport links have become less important because of a reduced need for many to commute, buyers are seeking space, garden space, facilities that allow them to work from home comfortably and high-speed internet connections.

This year has unsurprisingly seen demand for flats in city centres fall, with the desire for properties in the suburbs – or smaller towns such as Maidstone or West Malling – growing in popularity.

Equally, there has been a desire for green space close by and strong local amenities, something which large villages such as Ditton, Aylesford and East Farleigh provide.

All the indicators point to the boom of 2020 continuing into 2021 – at least for the first few months as the normal post-festive season boom coincides with the expected surge of stamp duty-related transactions.

As a result, now remains an excellent time to sell, with demand expected to remain very high and buyers very motivated.

Zoopla says housing market activity remains well above the typical levels for this time of year, with the ‘once in a lifetime reassessment of housing’ still having further to run. The ongoing restrictions – now much tighter in Kent and other parts of the South East until December 30 - will mean more people reassessing their housing needs and life goals.

A seasonally strong start to 2021 is anticipated to be supported by the end of year market momentum that has been witnessed of late.

January has long been one of the boom times in the property market, but it is expected to be doubly so in 2021 because of the stamp duty holiday encouraging buyers to push sales through before the deadline hits in March.

Elsewhere, improved availability of higher loan-to-value mortgages for those with deposits of 10% should help to support first-time buyers over the next year.

During the height of the first lockdown, higher loan-to-value mortgages virtually disappeared as lenders employed a cautious approach. However, the rollout of the vaccine and other variables should see the number of these products increase again next year.

With the call for people to stay at home and remain local as much possible over Christmas – and with Kent in the highest tier 4 set of restrictions over the festive period – there is set to be even stronger interest in housing than usual ahead of the traditional Boxing Day bounce.

Boxing Day is when interest on Zoopla and the other major portals soars, with a fresh batch of households planning their next move. The festive season, in recent years, has been the most popular time of the year for property browsing, so if you are looking to sell it’s important that your home is listed to take advantage of this.

As experienced estate agents working in Maidstone and the surrounding areas, here at Eden Estates we can help you to get your sales over the line, even in these complicated times. The housing market is remaining open in tier 4, and operating as before. To find out more, contact us today.

For an idea of how much your home could be worth on the current market, check out our free and instant online valuation tool.